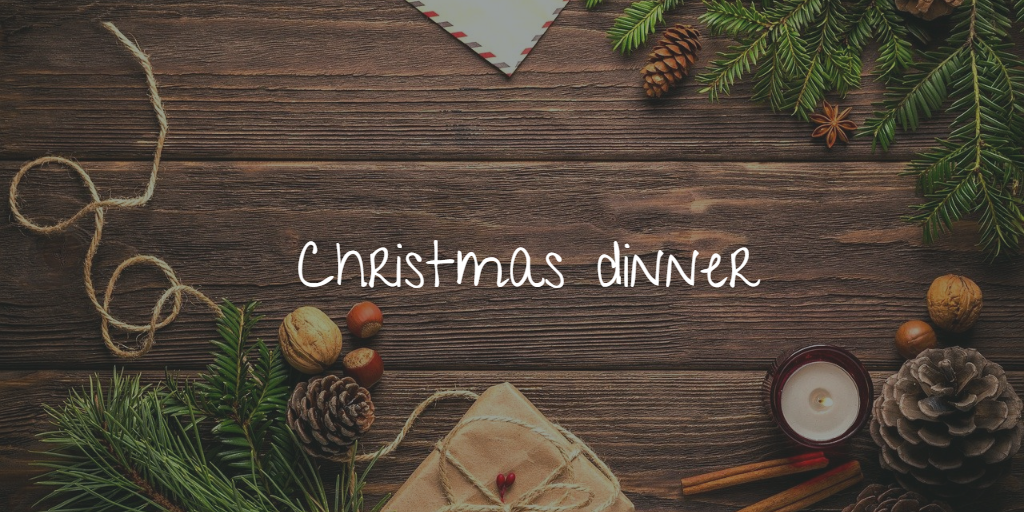 You’ve heard of turkey, gravy and roast potatoes… but what are the other, less well-known, dishes that feature in traditional English Christmas dinners? We’re going to dive into some of the rich history behind the meals served up each festive season all over the country.

You’ll see that, even though Christmas feasts have been around for centuries, the traditions are constantly changing – mince pies and Christmas pudding, for example, used to be made with meat before they became the desserts we know now. The Christmas feast has roots dating back to before the Middle Ages, but the typical meal we associate with Christmas today only became popular in the Victorian era. Nowadays, you can find endless variations of a Christmas dinner – but these are some of the firm favourites that we keep coming back to.

Known in Scotland as kilted sausages, “pigs in blankets” are quite simply sausages wrapped in bacon. This dish is served up as a snack at holiday parties, and it often features as a starter or a side during Christmas dinner. Usually made with small sausage varieties like chipolata, they add a salty kick of flavour to the Christmas table. Though the dish only became popular in its current form midway through the 20th century, it’s now one of the nation’s most beloved holiday snacks, with a reported 128 million of them being eaten on Christmas Day alone.

Made from a batter similar to pancake mixture, Yorkshire puddings are a kind of bowl-shaped savoury pastry. Though it’s traditional to serve them with roast beef, they are regular fixtures on Christmas menus in Britain. Recipes for Yorkshire pudding first appeared in the 18th century, when cooks in Northern England devised the recipe as a way to make use of the fat that dripped down from roasting meats. Their round, hollow shape means they can also hold up on their own as vessels for meat and gravy.

Sage and onion is the most traditional flavour of British stuffing, which is typically made by mixing a range of dried and fresh herbs into onions, breadcrumbs and butter. There are several ways to make it, and many variations between UK and US recipes, but the basic idea is the same– to add additional flavour and texture to roast meats. Stuffing is usually either cooked inside a turkey or baked on its own in the oven. Some even take it to an extreme level and stuff turkeys with a series of smaller birds (known as a five-bird roast).

For many people, brussel sprouts evoke bad memories of being made to eat soggy, bitter, overcooked sprouts as children. They remain the most polarising vegetable on the Christmas table, but in recent years their image has been revamped and many people are coming back to them. While the most traditional method is to steam or boil sprouts, many people now roast them or fry them in a pan with bacon for crispness and flavour. The vegetables only became popular in Britain in the Victorian era – it’s said that people enjoyed the novelty of eating something that looked like a tiny cabbage. Historians suspect that brussel sprouts are such an essential part of Christmas dinner because they were first imported to England on a large scale around the same time the modern roast dinner came to be.

Bread sauce is a remnant of the medieval period, when cooks would use bread to thicken up sauces. Conveniently, it works best with stale bread so it’s a great way to use up bread that’s past its prime. A traditional bread sauce is made with milk, butter or cream (as well as the breadcrumbs) and seasoned with onion, cloves, nutmeg and bay leaf. Though it’s a very old-fashioned and slightly unusual recipe, it’s been around for a thousand years and doesn’t seem to be on its way out.

Christmas pudding is made with dried fruit and spices and often served with brandy butter. Since the early twentieth century, it’s been traditional to soak the pudding in brandy and light it on fire for a dramatic moment before serving. Over the centuries the dish has been served under many different guises, and its origins are almost unrecognisable now. Originally called ‘frumenty’, it started out in the fourteenth century as a porridge made with beef and mutton. It evolved throughout the years, becoming thicker and sweeter with the addition of eggs, dried fruits and spirits. Traditionally, the pudding is baked with a silver coin inside of it – said to bring good luck to whoever finds it.

Fancy giving any of these dishes a try? Let us know below which ones sound the best to you!